«Hold your breath. Drop. Dive. Open your eyes. Leave your body at the surface. You are now all eye, like a drill; all tail, like a fish. What are you trying to extract, to mine from your cool liquid entry? You pass, cool as a camera with your lens of language, through dry corridors of nuclear seas, liquid hallways of sunken cities, strange scaffolding of deep-sea mining, sculptural figures of destroyed empires. Your dry eye reaches for: Mosaics of the sea floor or mosaics of the control room; a body slithering, snakelike, over its nuclear control panels. Elsewhere, in another deep, jellyfish are loose and luminescent and labouring as flowers articulating the black. Architectures rise like language inside you, lean and lucid or marmoreal and voluptuous, each writ across the wet pages of southern bodies of water, dry pages of northern bodies of tundra. […]

Who brought you here? Some mermaid archaeologist, some modern undine, some artist-as- siren-as-museum guide. Some body as soundwave, as cognition only. What cities are sunk deep inside you? […] Mosaic, neoprene, saline, chlorophyll, oil, mineral, sex, empire, bivalves, shifting tectonic plates, shifting desires, some ancient volcanic basin. […] You are not pillaging the sunken city, though, you are swimming it. Now count before you go deeper into it: one, two, three, four, five—now go.»

In Škarnulytė’s films of the last few years places often appear in which contemporary political issues are negotiated, fluctuating between human and non-human worlds and erasing the boundaries between geological, ecological and cosmic powers. She touches on fundamental problems of our historic period: climate change and the future of humankind. She confronts these with the filmic exploration of varied narratives, which at the same time remain open but merge with one other. The artist takes herself on a search for truth, showing us an anthology composed of different histories. Škarnulytė’s poetic stagings leave behind a feeling of contemplative anxiety, generated by the encounter with everything that is larger than us, larger than life – a threatening climate catastrophe, natural phenomena, ideological constructions, gigantic scientific (infra)structures and human knowledge that leave indelible inscriptions and scars on the planet. 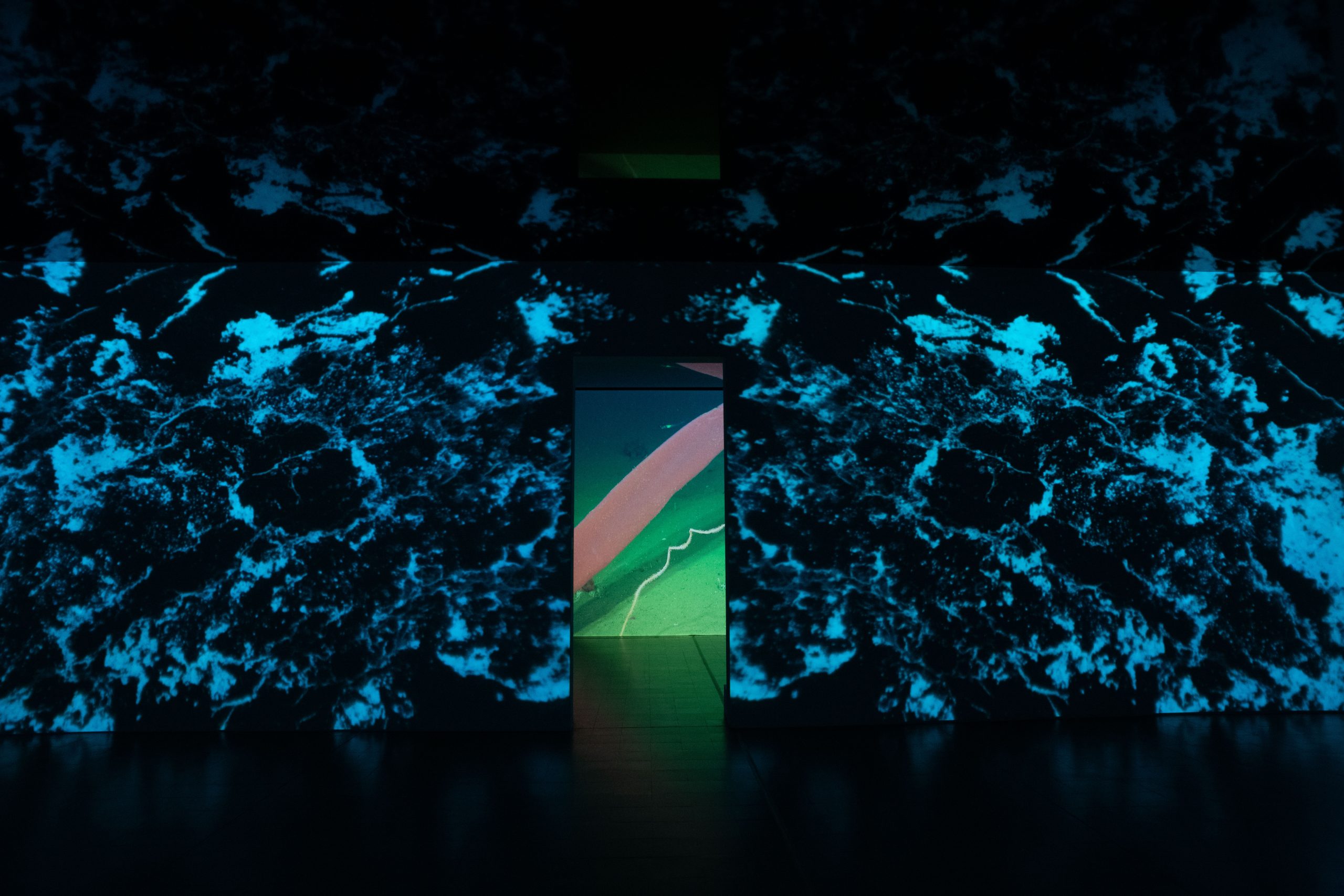 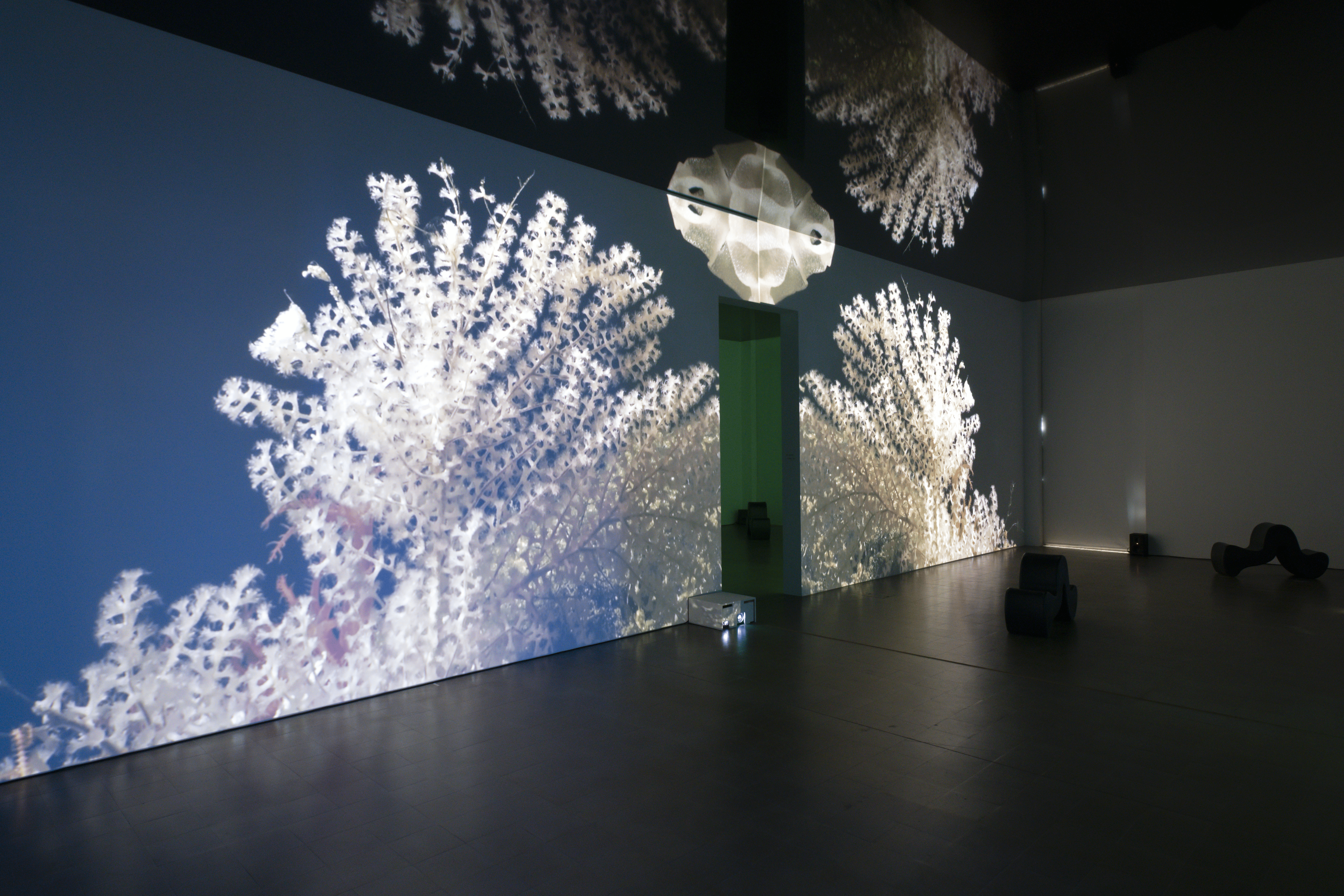 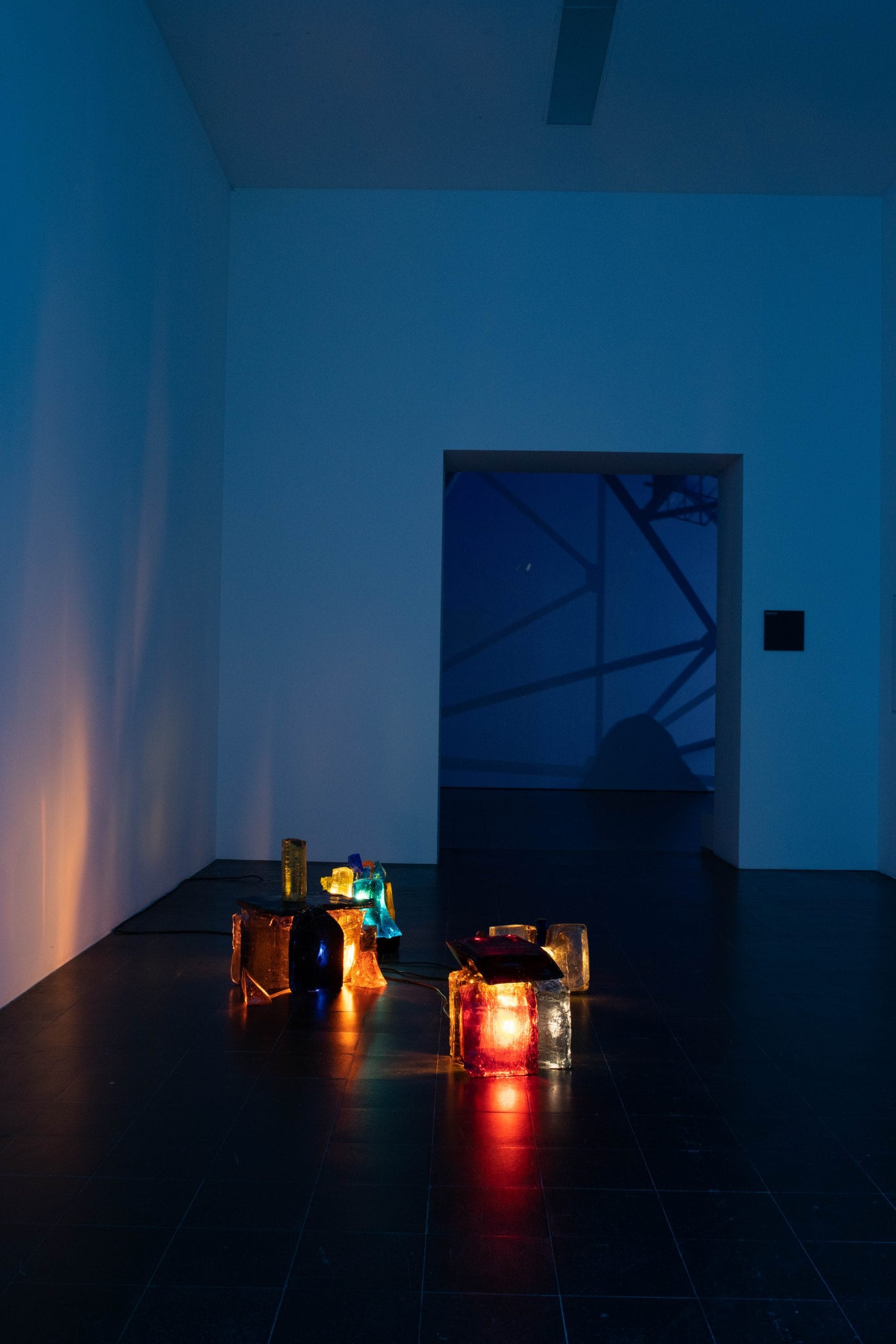 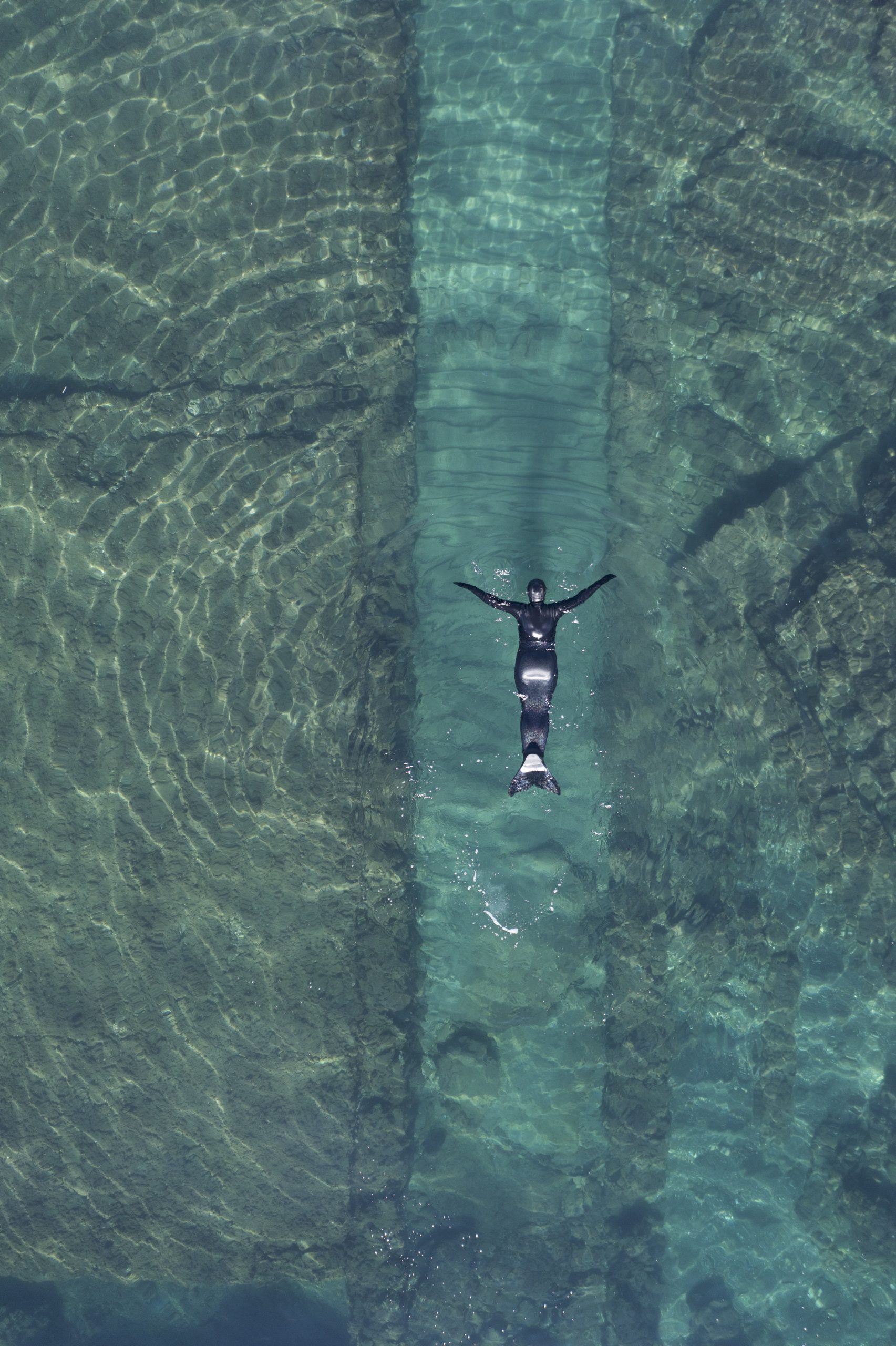