Winner of the 2019 Future Generation Art Prize, Škarnulytė represented Lithuania at the XXII Triennale di Milano and was included in the Baltic Pavilion at the 2018 Venice Biennale of Architecture. With solo exhibitions at Tate Modern (2021), Kunsthaus Pasquart (2021), Den Frie (2021), National Gallery of Art in Vilnius (2021), CAC (2015) and Kunstlerhaus Bethanien (2017), she has participated in group shows at Ballroom Marfa, Seoul Museum of Art, Kadist Foundation, and the First Riga Biennial. Her numerous prizes include the Kino der Kunst Project Award, Munich (2017); Spare Bank Foundation DNB Artist Award (2017), and the National Lithuanian Art Prize for Young Artists (2016). She received an undergraduate degree from the Brera Academy of Art in Milan and holds a masters from the Tromsø Academy of Contemporary Art.

Her films are in the IFA, Kadist Foundation and Centre Pompidou collections and have been screened at the Serpentine Gallery, UK, the Centre Pompidou, France, and The Museum of Modern Art, New York
and in numerous film festivals including in Rotterdam, Busan, and Oberhausen. She is a founder and currently co-directs Polar Film Lab, a collective for analogue film practice located in Tromsø, Norway and is a member of artist duo New Mineral Collective, recently commissioned for a new work by the First Toronto Biennial.

Film consists of a fictional visual meditation about contemporary science from a retro-futurist perspective. The film begins with a digital rendering of the Super-Kamiokande neutrino observatory in Japan, which depicts water pools inside a cylindrical tube filled with mirrors, through which reflections of neutrinos are produced to achieve the speed of light. The slow panning movement gives a sense of the immensity of the nearly 13,000 photo-multipliers that inhabit this strange vessel. Another frame depicts the Hadron Collider at CERN, which is the largest particle accelerator and also the biggest scientific facility on the planet. Its architecture envisioned by the artist through LIDAR scans, produces a dynamic, transparent imprint in three dimensions. The work also documents and at times imagines the processes at the Large Hadron Collider (LHC). 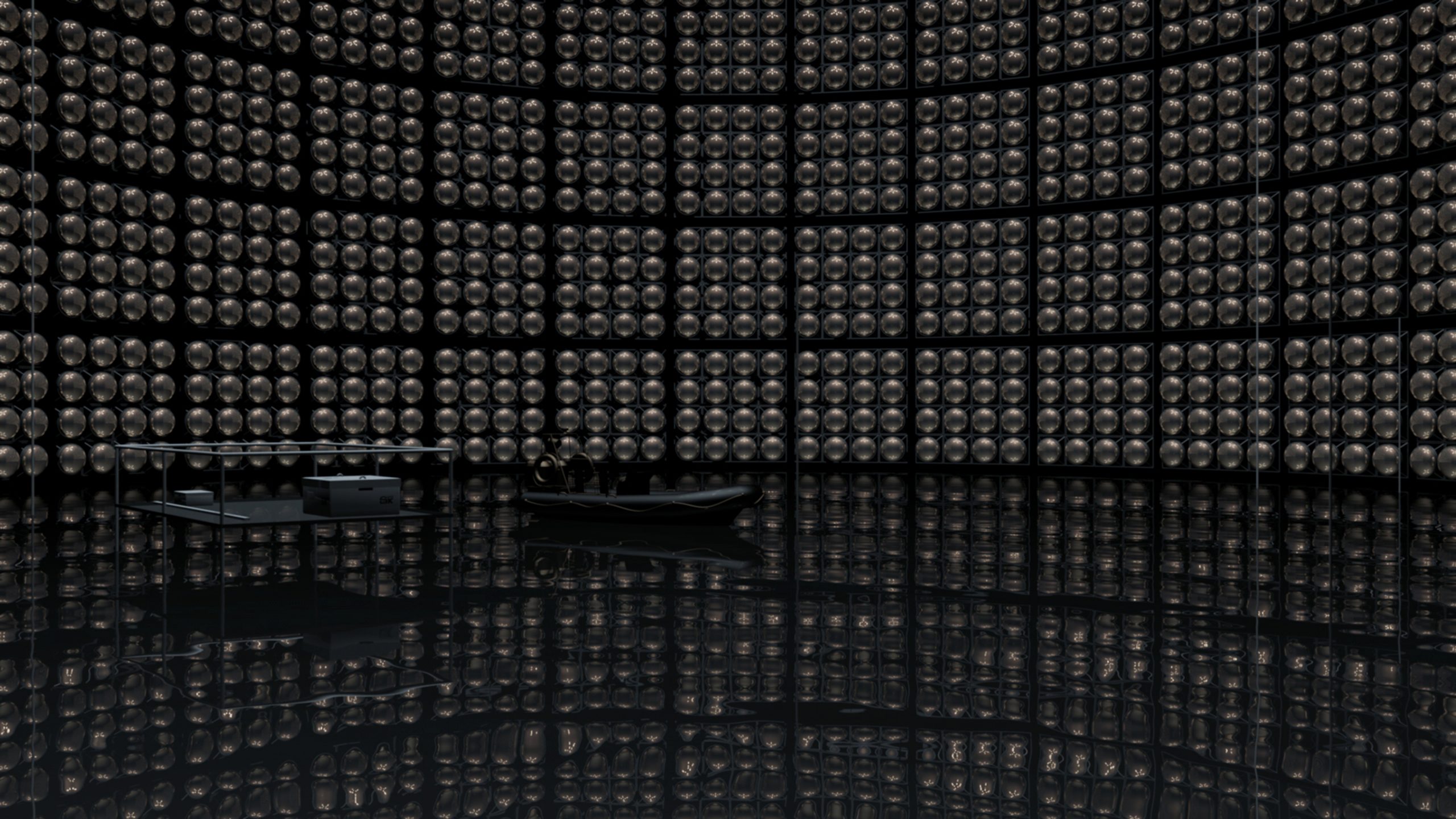 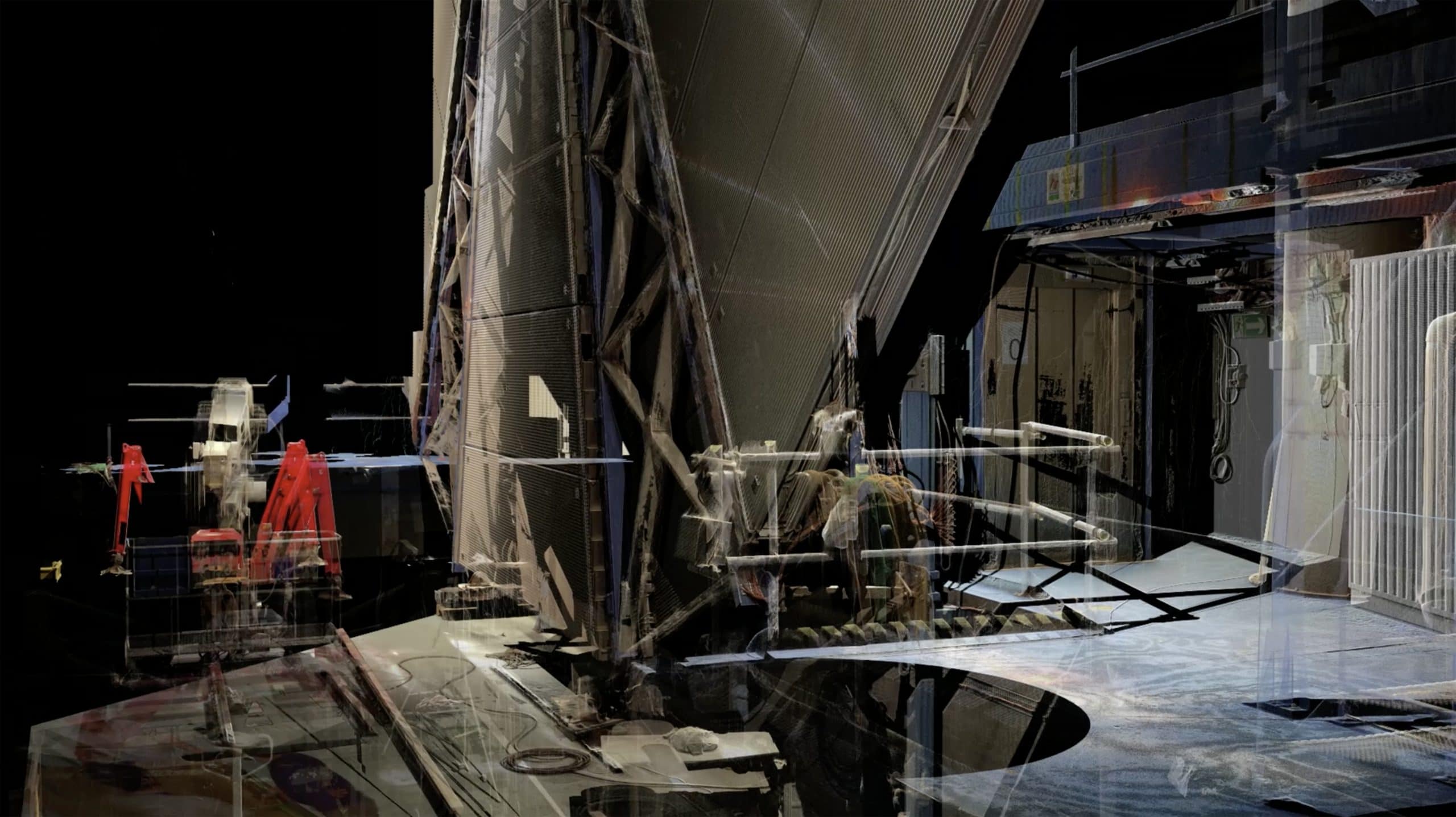 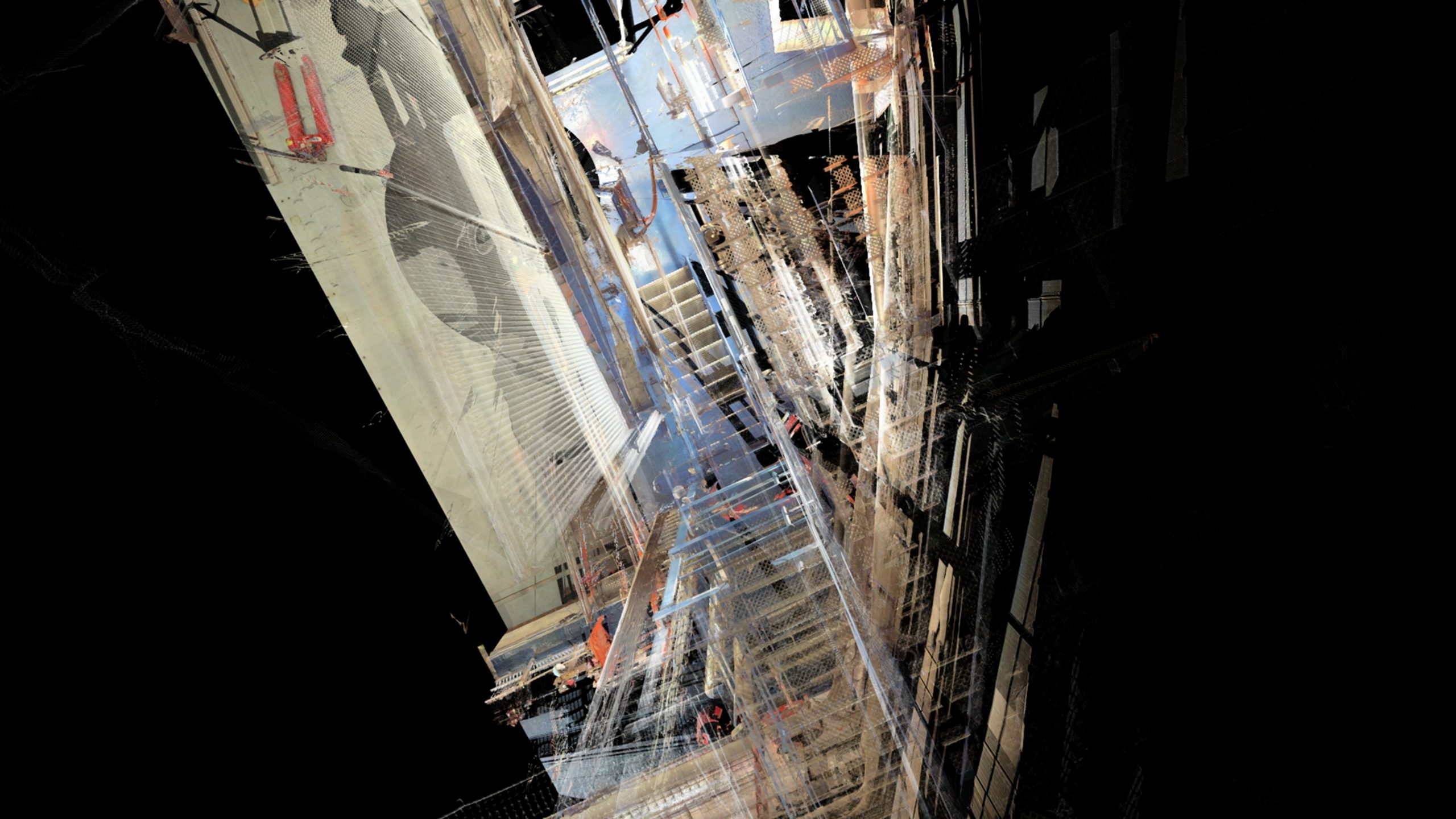 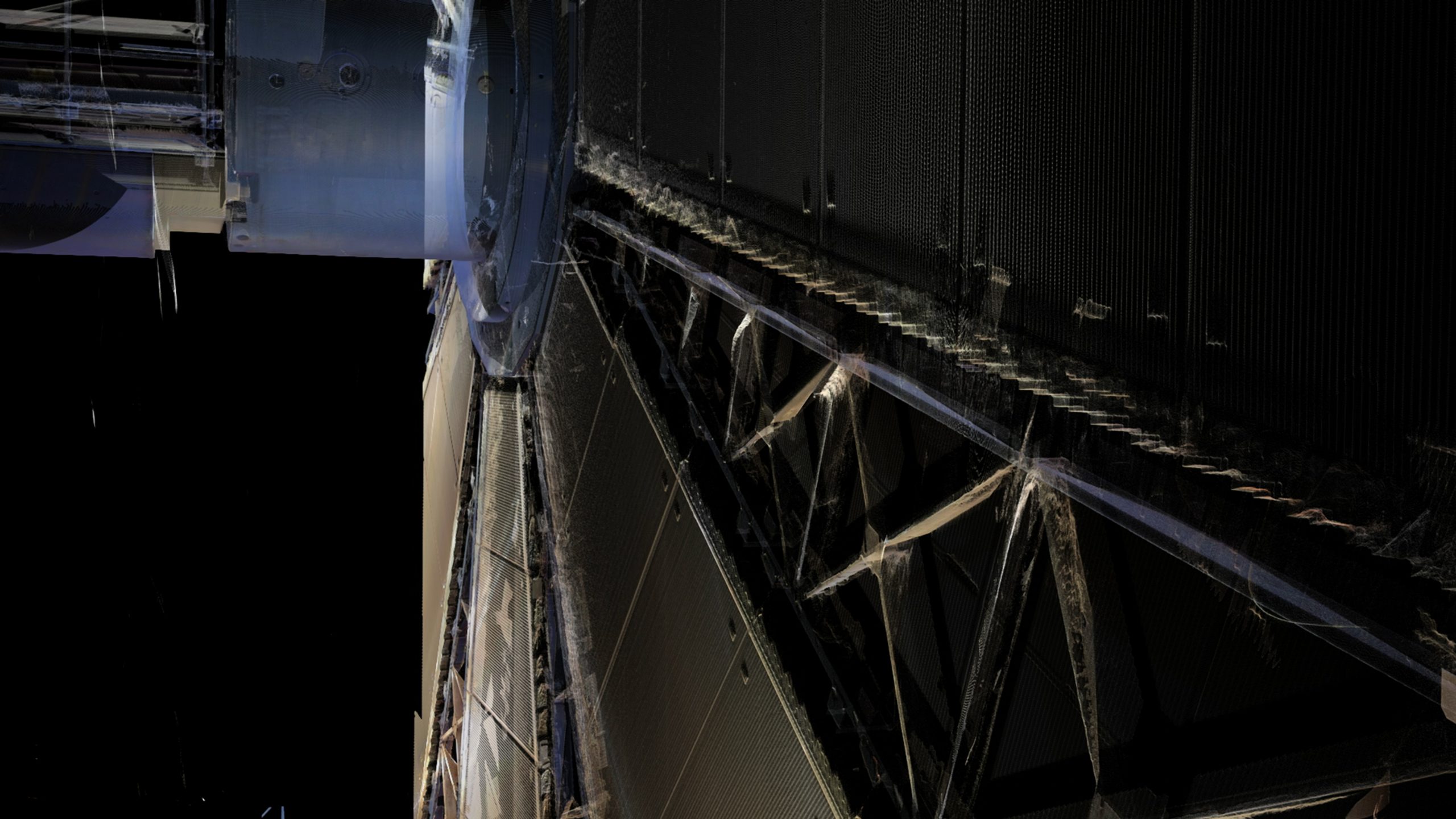 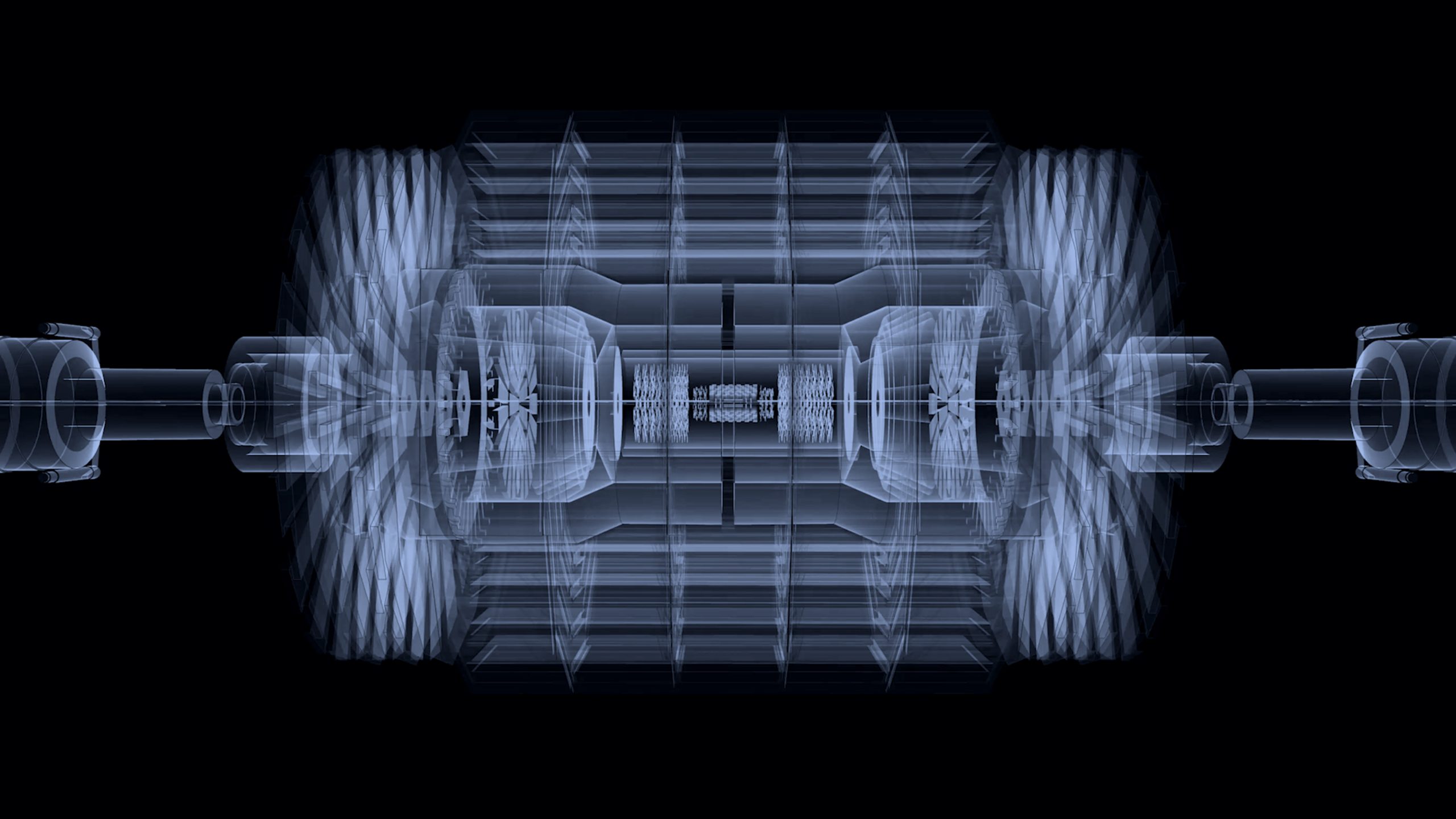